BabyGifa Newborn Tips Your Baby Has Hiccups, Quickly Heal By This Way

Your Baby Has Hiccups, Quickly Heal By This Way

admin Newborn Tips Add Comment
Hiccups look funny and cute if they happen to babies. Hiccups in infants are harmless, even one sign of the normal condition of infant growth. Although it should hiccup on the baby do not let in protracted. 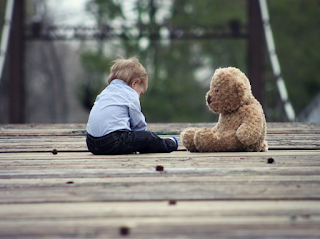 In newborns up to the age of one year, hiccups usually occur very often. even actually hiccups can occur in infants since they are still in the womb.

Like adults, hiccups in infants occur due to a disturbance in the diaphragm that helps the muscles of the respiratory process.

In our baby, generally, hiccups are caused by too much or too fast food and swallow a lot of air.

In addition, hiccups can also be caused by changes in temperature in the baby's stomach.


When Baby Has Hiccups


If the baby has a hiccup, there are some steps you can do when your baby has this problem.


Keep holding your baby upright for 20 minutes after feeding. This is so that the air rises to the top of the stomach and reduce the pressure on the diaphragm so that your child can burp.

If hiccups still occur in infants, and you have tried some of the ways already mentioned above, try to feed them. If your baby is used to drinking water, then let him drink to help control the diaphragm.

Things to avoid when baby hiccups

Some myths are growing in society about how to cope with a hiccup.

For example, do not make the baby startled or scare while hiccuping. Similarly, never pull the baby's tongue or press against his forehead as he hiccups as this is very dangerous for the baby.

Giving breathing is also one of the things that are wrong and should not be done. then avoid putting a damp cloth on the baby's forehead as this does not help.

The best way is to wait for the baby hiccups to stop by themselves.

Parents should pay attention to their baby with hiccups, if hiccups occur continuously, there is the possibility that this is an indication of a baby suffering from gastroesophageal reflux, which is due to the backflow of stomach acid into the esophagus. besides that, there are some symptoms of infants suffering from reflux ie

If the parents find the above symptoms it is better to bring your baby to the hospital immediately.